Topps released NFTs but I am passing on fancy moving photos. That is lame and they are trying to end sports cards and go digital. Does that make real sports cards more valuable? My 1994 Score box, all the cards stuck together, the series 2 box all stuck together also but not as bad. The 1993 Pinnacle was available at Another Man’s Treasure, but I opened after a while. I didn’t pull the Derek Jeter rookie in either box of 1993 Pinnacle. Remember DVDs? Some CDs would come with live concerts on bonus DVDs. Everyone had a DVD player too and now it’s all digital, times have changed.

I am only selling Antiques, Art, & Sports cards now on the website. Dogecoin was the hype this week, CAlViiiN, the Snapchat groups member from Utah; he posted a thread when dogecoin peaked at $0.10 so a bunch probably bought at that mark. Multiple people in the Snapchat group are interested in Dogecoin, Bitcoin also but just other cryptocurrencies. I have been selling more cards recently, just needed to lower the prices and repost after being posted for months. I thought there would be around 5 different 2021 LaMelo rookie cards but there were more like 15-20 different rookies. Someone bought a Topps NFT pack and got a Mike Trout and then it sold for $6k.

I finally made the wait list for Alt Sports Cards Portfolio and it’ll help me become a much better buyer, plus I am selling off my cards it didn’t recognize. I plugged in all the PSA numbers into add asset and it’s been interesting watches the eBay prices come in. It tracks your total sports card portfolio daily up or down. Going to only purchase cards this Alt Portfolio recognizes and can track daily. I keep track of everything in an excel sheet, but this thing is nice because it tells you your value currently. I want to release my alien drawing as an NFT plus other drawings of mine but haven’t figured that out. I think I need an Ethereum crypto wallet, and I just have a bitcoin wallet. Gary Vee has a NFT drop happening on May 5th, which will be interesting to see what that is.

I am a proud owner of a Fernando Tatis Jr. card, plus I am on my 3rd LaMelo Ball rookie. I have started to collect a following of online sports card collectors. Just other dudes who either rip packs or buy & sell PSA slabs. That Fernando Tatis Jr. card, it’s a nice Topps Chrome refractor card, gem mint 10. DogeDay may be May 8th-9th after Elon Musk is on SNL. "A person who never made a mistake never tried anything new." Albert Einstein: Albert would have been a cool person to associate with, or just be friends with. I read half the first half of a book about his life, I got to the parts where he was finishing college and wasn’t as popular as he is now. That quote though just relates to the dropshipping I did until now, it wasn’t really a mistake at all, just a learning experience.

Kanye West - The Life Of Pablo

Life of Pablo review has a boxden theme because it’s the time when I returned to boxden. I was chatting in the Anon IRC chat 24/7 and typing “thoughts” into a word file.  This wasn’t like just 4 or 5 paragraphs; this was like 15-30 pages a day of typing thoughts. When I think of this album, I think of the boxden threads that hyped it because it was popular for more than a week. People freaked out about the Taylor Swift line too, Kanye goes over the top sometimes. Remember the mic steal from Taylor Swift also, that was bad Kanye West. This album relates to the cover about how it’s all over the place and not an organized album, nothing like Kids See Ghosts or those 7 song albums Kanye did.

Then remember the Trump & Kanye meeting/interview/rant, SNL did a great job at making that seem so odd as it was, it was all planned. The “Fade” music video with the girl dancing around the gym was cool, it was a popular video online for like a day or two but after that like always new stuff comes out and other videos fade away. This album sort of it like a puzzle put together, skits, short songs, odd titles, but then having some amazing tracks in the middle which makes it nice. If the album were to be cut to just 10 good songs, it goes up in value as an overall album in my opinion. “Real Friends”, is nice also; makes me think of how some friends of mine are close and some family of mine barely communicate. I know family members to need to beg to just communicate but then friends on snapchat I met that we chat every day. “Wolves” is a great song and the part with Sia is awesome; it would have been a great Sia song. Interesting guest for a Kanye West song also.

This album by Kanye was the first time he tried any gospel type songs, and it was a hit, so much he went in that direction further for future albums. There are some on the wall odd lyrics Kanye West says in this album, so odd I wont even share in my blog. But the Kanye West we all listen to now isn’t the Kanye West who made “Jesus Walks” or “Through the wire”. This album is sort of a mixture of styles from different types of other albums. It’s not cubism, but a sort of form of cubism in hip-hop songs and how the art of the cover is. Kendrick Lamar verse on “No More Parties in LA” is nice, he mentions the alphabet backwards and that is something I know randomly. “Saint Pablo”, who I would like to call Kanye now, is a real grime beat and has a way different style that “Fade” or “Waves”. Kanye has a racist line on “Saint Pablo” but the hook on that song is nice. Metro Boomin and Rick Rubin helped produce on songs also according to the wiki page for the album.

"Ultralight Beam" this one is also a mixture of faith theme with a hiphop/pop style of track. It's cool, the "Jesus is King" album, I was extremely tight on my opinion of it and after listening to the release of "Selah", that is Kanye's best tune ever; even better than "Power".  "Because every superhero need his theme music" ! 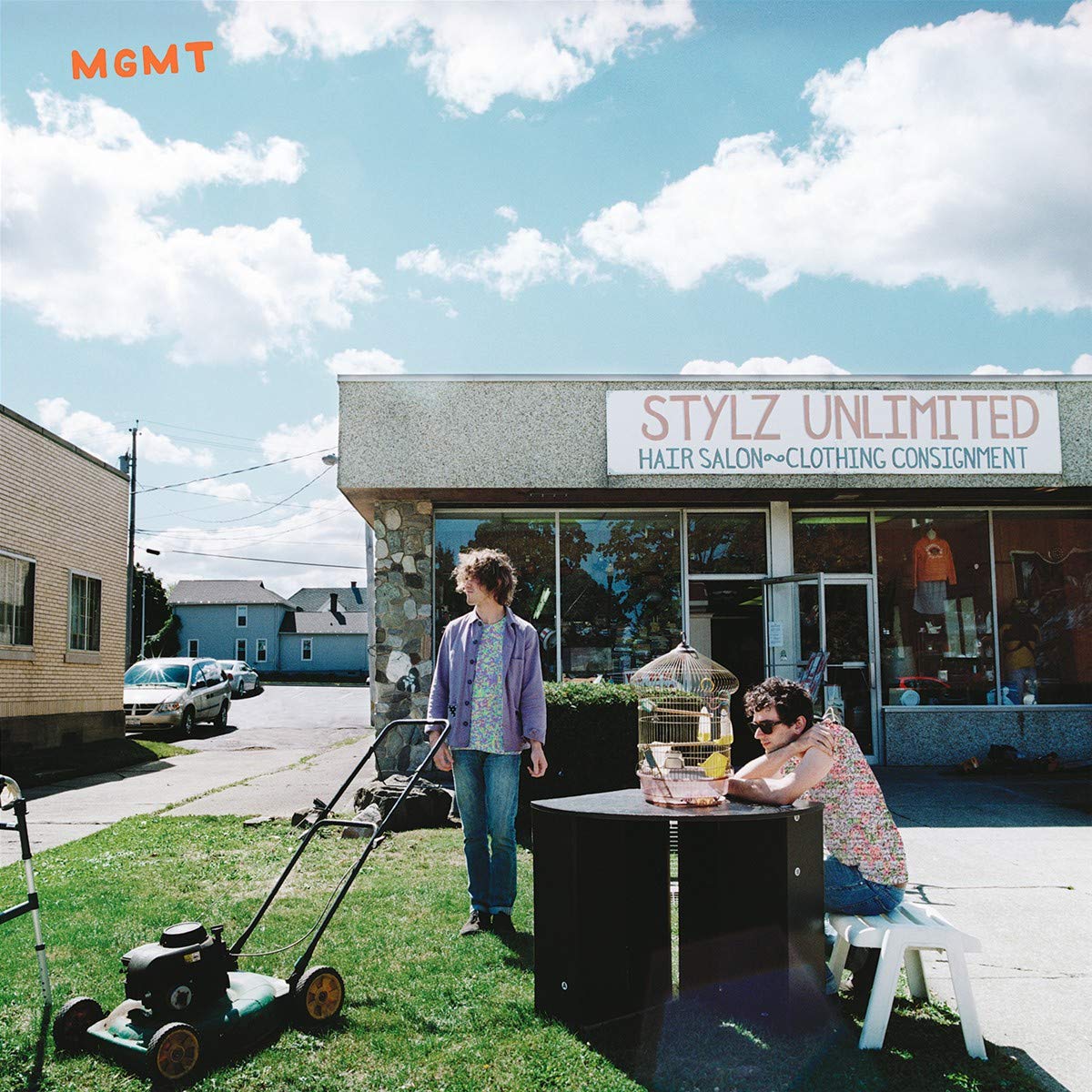 I start right away typing about the MGMT album that I thought I was going to write about but now it’s this Newer album. Doesn’t matter, both will get reviewed within time here on my blog. I went to Best Buy first day for this album, just like more big days back when CDs were a thing. This era was blend though of hard CDs plus digital. Now it’s completely digital. There are no more CDs, but this album proves how far art has come in the past 10 years. It was physical and not with NFTs things are changing. This album has a music video for each song all attached together and it’s called the optimizer. The optimizer is a weird video for every song that came with the album, very psychedelic video of aliens and colors. If sort of matched the far out type of album that it was for.

This album was released in September of 2013 and I remember my Dad in Iowa with my stepmother Nina being with me as I opened the CD to play in their car.  I had already heard it but if I had to explain this band’s sound on this album it would be something close to a more organized Pink Floyd album. When I first heard of this band it was because they started in Middletown, Connecticut and their first album was awesome. “Introspection” relates to how I am already typing these blogs share just thoughts to the world. The drum on it sound normal, because some songs on here are structured odd but that’s what also makes the album different and great.

“Plenty of girls in the sea” is a great song, I think it should have been released as a music video single, but it wasn’t. The newest MGMT album, wasn’t good; I just was not vibing with them song titles and cover art. MGMT will probably release another album and it’ll probably be great because it’ll be different from their newest album. This is a nice album if you appreciate the art of psychedelic rock n roll because the songs structures aren’t classic modern pop rock structures. It’s more of a artistic style of rock, I bet they wanted to create a psychedelic album of how the optimizer video is. “Astro-Mancy” is different, it starts out with random sounds in the background and just far out sounding with a weird, very weird drum pattern. Plus the singing on “Astro-Mancy” is weird and you can barely hear what he is saying. Again though, they were probably aiming for that type of sound with this album and it’s great. “Alien Days” gives off a same type of drum pattern as their song “Congratulations” on another album of theirs. It’s one of the best songs on this album also, the video is weird and it’s a different video from the optimizer video. “

When this albums new came out, I remember searching probably 20 pages on google for a download link, wow have the times came around to just streaming. I ended up downloading the optimizer at my room at that place in Saint Cloud, Minnesota. Overall with this album, it’s not a full length great album like their first two albums. It’s great but just too much like Pink Floyd and I’m not a Pink Floyd fan much.

Songs Of The Week: