Finding all my non-hip hop songs for the blog, has been interesting. I grew up around hip hop music from age 13 or 14 into my adult life. I remember my first 3 CDs I purchased for my generic walkman when I moved out to the east coast for high school. Britney Spears, Nelly, & Linkin Park, I would have them on repeat while riding on the bus to school. I got a Dell DJ MP3 player for Christmas and then the whole file collection started. I loved that MP3 Player so much, it broke in 2014. I recently posted a video on musicbanter about the change from CDs to MP3 and then from MP3 to streaming. Streaming services have given us everything and I feel it’s hard to appreciate music sort of. When you bought a CD or cassette tape, that was all you had to listen to. You couldn’t just switch to some new Spotify playlist with different songs, you had to just repeat the CD or tape you had. It's really interesting to see how society changed from records to tapes, then tapes to CDs. Then after CDs to MP3 files and then after that to just playlists on streaming platforms.

“Personal change takes an intentional act of will, and it usually means that something was making us uncomfortable enough to want to do things differently. To evolve is to overcome the conditions in our life by changing something about ourselves.” - Dr. Joe Dispenza

I don’t know what to say about the Snapchat family but there is Robel, Drama, Southy, Trini, Jalen, Kevin, Keith, Esco, Drew, Adam, CALViiiN. Most of the guys are on the west coast, besides Trini, Adam, and I. So Midnight for me is just 9pm to them. The F.I.C group is from the boxden streets forum and I just collected the Snapchat names and created a group; it’s been interesting since 2015. Blaphy at boxden started the F.I.C thread but never stayed as a group member on Snapchat. These are my brothers; we do drawings on holidays and stay connected. It is a reminder that, you are not alone. Knowing people across the country or around the world helps with getting a perspective on news directly from one another also.

Starting my first page in this sketch book, I have collected into my world two empty, hardcover sketchbooks and I am going to soak in information from the internet and write down in artwork form like I did in the years from 2010-2015. I stopped when I got to Connecticut but the last one, I was working on was probably the most creative one I did. I filled every page with art and information from videos, books, wiki, and just anywhere I could get it. If I could connect the dots from my dreams into this next one, that would be great. I have no clue where on social media or internet world I will share, possibly city-data, if they have an art forum or probably musicbanter in their Art Thread.

The protests at the capitol last week was pretty nuts, people died. I have nothing to say about it because everything is what it is, the president said, “Let’s go down to the capitol!” then people did that. They took the president off social media because of it. Twitter isn’t that exciting when Trump’s not on. It is interesting hearing Trump’s point of view directly.

I have come to the realization that my life dramatically changed when I moved out here to Connecticut for high school at Nathan Hale Ray High School. When my mother met my stepfather and moved out to the east coast, I got a touch of different culture and people. More rural and small town way of life compared to a middle size city like Davenport. I did a lot of moving in school and brought that up to someone this year at the new year’s eve gathering here in Connecticut. My brother Mike and my grandfather on my McDevitt side, I haven’t seen them since my graduation party for high school in 2007. Nina made an awesome picture thing of us because we were so close. Nina also made a really cool beanie but I lost it in Minnesota. 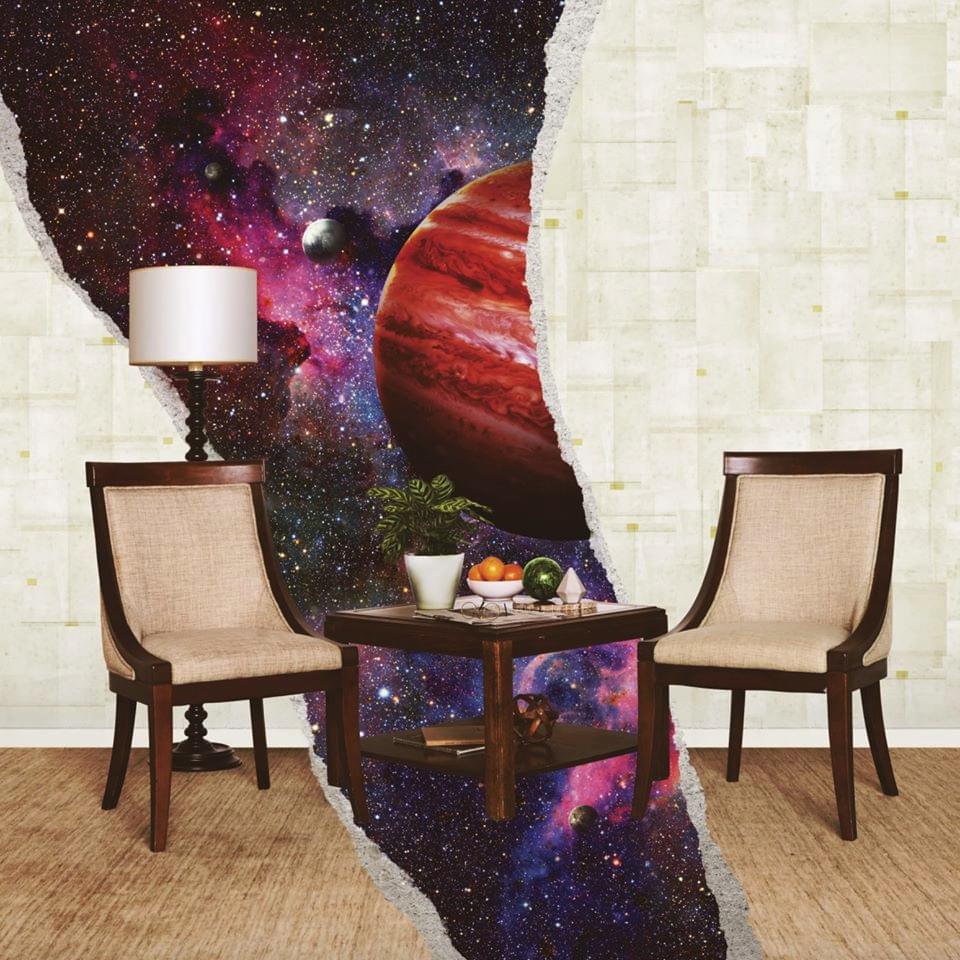 This is a review that I actually own the vinyl for. My sister gave the album to me for Christmas this. The cover artwork is really cool and is sort of folk-rock. “Holy War” has a video on YouTube and was probably a single. “Make way for the revolution” on “Holy War” is probably the coolest lyric on the album. The band is from Boone, North Carolina and is on Elektra Records, and was formed in 2013. I was living in Minnesota at that time and folk-rock was popular at that time. This band is a blend of multiple types of rock, but the album is interesting. I haven’t listened to any of the band’s other albums but will be going further. The song titles for the songs are also interesting, and that is what attracts me to the albums. There isn’t much information about the band on their wiki page.

The band has a vibe similar to Of Monsters And Men, which is my favorite band, so my sister picked out a great album for me to review. I was really excited to open a gift that was an album. Wiki says they are an alternative rock band and I agree, it’s more of that than folk sounding.

“When It Lands” was the first song I played on my record player when I got home. The band randomly has “Schoolboy Q” listed on wiki as an artist who influenced them, but I don’t see any hip-hop in this album, maybe they just have met once or something. This music is coming to me at a time in my life when I am cutting out hip-hop and trying to find explore new music and this album is “fitting in” right at the right time. The song “Matchbox” has a nice drum kick and would be fun playing the drums too, along with “Moody Orange”. I don’t have a drum set here but would love drumming to this album. This band was on CBS The Morning, and in that interview, they said they don’t like to do be put into a genre. I love that about an artist. This album’s best song or just my favorite is “Holy War”, I like everything about it.

“Polite Company” is another peaceful song that ends the album nicely with the piano and guitars plus the ending of “Polite Company” is probably the best part of the whole album. Really closes it off well. There are two chairs on the album cover, I wonder what that symbolizes? The whole album has a great groove to it. “When it lands” seems like the only song that came up on my record player, but this album would be really interesting remixed by someone.

Neighbourhood - I Love You. 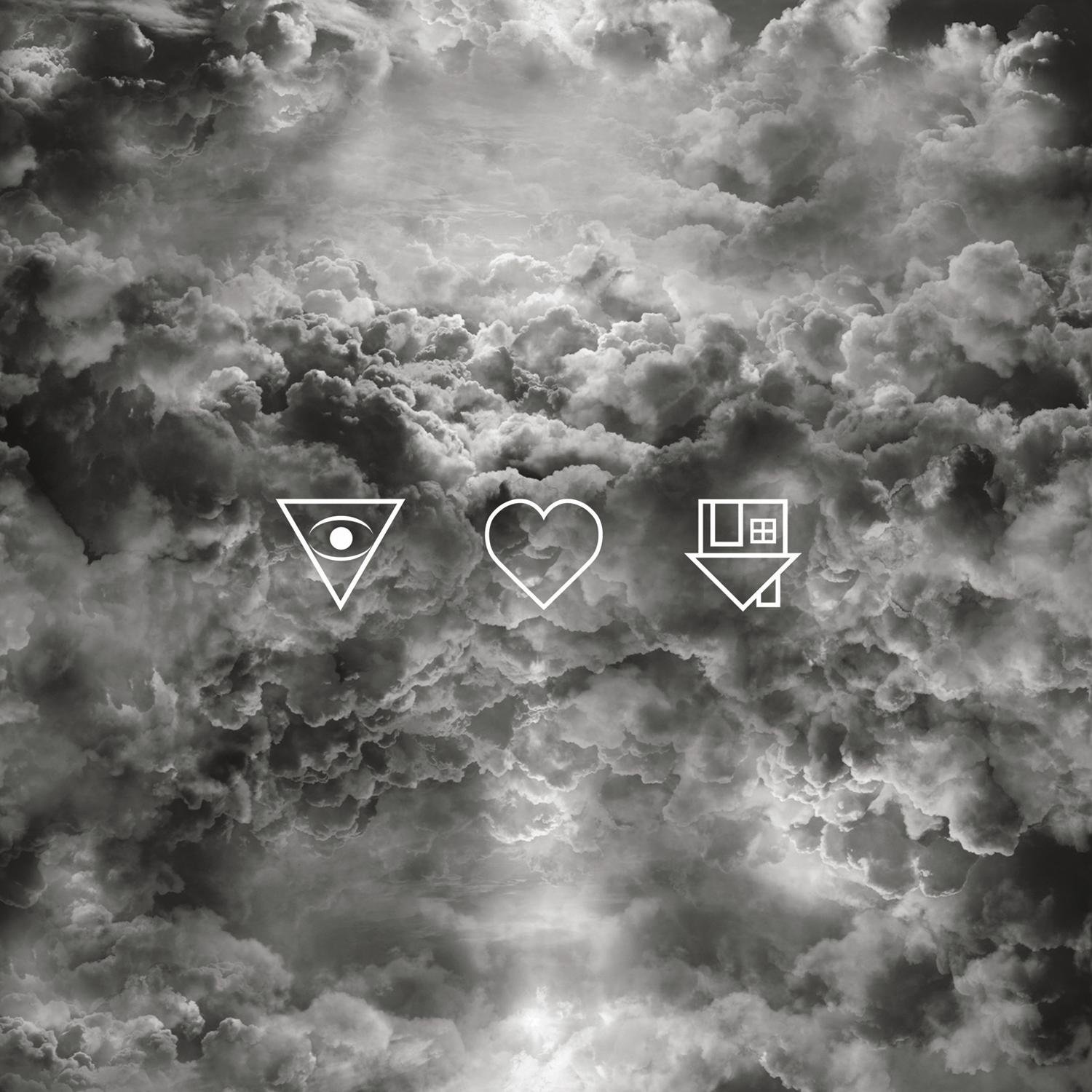 “I love you” by the Neighbourhood is an album that every song on it is great. The lead single “Sweater weather” has a nice drum sound to it. All the songs have a catchy pop-rock vibe to them and really great production. The cover for the album is nice and this album was so good that I went out of my way to buy a t-shirt of the bands logo from the mall. I think for me it’s all about what drumkits are used for the production. If you like pop music and feel good music, this album is for you; it’s full of catchy hooks that go with nice beats. This band is based out of California and started in 2011. They released a mixtape DatPiff way back that was interesting. They started out doing everything in black and white also, all the interviews and videos were just black and white.

I made a few music video for this album when I used to make music videos. For an album to get typed about on the internet on my blog, the albums needs to have some sentimental value attached to it. The album doesn’t really have any bad songs or filler songs. Each song is different sounding to some part. The band has moved on from just black and white stuff into color videos and interviews. “Sweater Weather” is by far the best song off the album and was a single, it was on the radio a lot.

“How could you question God's existence

When you question God himself?

Why would you ask for God's assistance?

If you wouldn't take the help?”

Those lyrics are from the song “How” which starts off the album. The whole album has electronic beat type songs plus really good production. The clouds on the cover are awesome, with the heart in the middle.