I have been editing all my music videos I made in the past, adding legal music online. It’s very time taking because there are 350 or so videos and I am combining them all into years and making playlists. So far so good, lots of computer stuff and I am doing high resolution for the videos, so they aren’t so compressed. That means the files are 300-600 MB each. But I’m keeping at it and going to try and finish by this time the blog is published. If not, it’ll all be organized into years with links on the next blog. Plus I also made a non-hip-hop radio station to put a link on the blog. The new Nas song is nice, plus I stopped drinking energy drinks. No more Monster Ultras or Game Fuels. Just coffee and green tea going further. Stuff from the earth, not made in a lab and mixed with carbonated water. I am taking 5-10 videos and combining them into one video for around 5-10 minutes.

I watched the Superbowl until the end of the 3rd quarter, and it felt like it was over at that point and that Tom Brady would win another Superbowl. We had spaghetti that night also which was awkward because I had a lot. Tom Brady is great, If you asked me if he could take another team to the Superbowl, I would have said nope. His graded cards online are going up. I like Patrick Mahomes still, but it was cool seeing NFL history with Tom Brady winning another one. I am living through the Lebron James & Tom Brady history.

I been drinking coffee and green tea now and it’s working so far. Might learn how to actually make coffee but not sure, just wouldn’t know how much caffeine I would be taking in. I am condensing these videos I am editing also. It takes a lot of time to edit each video and make a bigger video. I posted a thread on Boxden and Musicbanter about how credit bureaus are going to start monitoring your internet traffic history. I have been drinking the 99 cents Arizona Teas plus the Starbucks Coffee in cans. The mocha flavor is really good. The 1850 coffee at Dollar General is nice too, been drinking them and the Maxwell House Mocha coffee. I may just drink a bunch of coffee from Costco.

All videos are uploaded and have legal music behind them. I am working on a 2021 video and not sure when I’ll upload that or not but want to wait a few months on the new video. There are 92 videos on YouTube now of my life from years 1998 to 2017. I didn’t make videos from 2018-2020. I made 350 videos into 92 videos within 4-5, mainly just speed up some slow boring videos and took a lot out. I had lots of time-lapse videos and I edited those down to like 30 seconds and faster.

I counted up to day 14 on quitting energy drinks but hasn’t been that rough of a switch to coffee. Starbucks cost more, so I need Costco coffee soon. I drink 3 cups of coffee and then green tea after, if that’s too bad then I don’t know what I’m doing.

Jimi Hendrix -  Are You Experienced 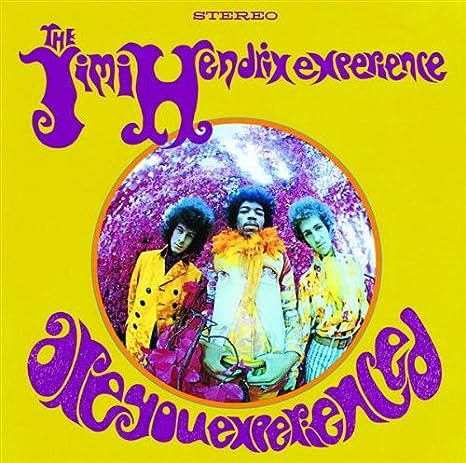 Jimi Hendrix was in the Army for a short time but ended up being a Rockstar. The song “Purple haze” synchs with my life right now. The deep drums on the songs attract me to them as replay value. This is an album you can lay down and listen to from start to finish. This was the first vinyl I bought in Connecticut, and the last also. “Highway Chile” is a new one that stood out that I didn’t listen to much before but enjoyed now. That has been happening with the reviews I been doing. “Foxey Lady” is one of my favorite on this album and gives a complete 1960s vibe with the guitars and drum pattern. “Fire” is ultra-awesome also. There are a few songs on the album that aren’t as good as songs like ‘Fire’ or “Foxey Lady”, but they also aren’t that bad to ruin the album from start to finish. “May This Be Love” is really nice, every song has amazing guitars riffs, and layers. It’s definitely a far-out album, totally groovy, and would recommend it to anyone. It has songs that have lots of energy in them plus chill laid-back songs that you could chill to.

The album is the title ‘The Jimi Hendrix experience” and ends with a “Are you experienced?” It’s not the average title for an album, normally it’s just the artist and then the title. According to the album wiki page, because of the success of this album on its release, some people say it’s the best rock debut in history. I don’t think that but it’s really good. 1967, that was the year this album came out; the album defiantly gives off that time era vibe. The wiki page says that the album was recorded in 16 sessions, which seems pretty fast.

“Purple Haze” gives off a Black Sabbath vibe the way the guitar sounds but the drum patterns are different. According to the song Wikipedia page, Paul McCartney gave support to the song before its release back in 1967. “Purple Haze” only peaked to number 65 but to number 3 in the United Kingdom. “Purple Haze” must have been something back in the 1960s, but the quality of marijuana is completely different now and I honestly don’t imagine any weed being good back then. The purple weed nowadays in 2021 looks amazing though. The THC in marijuana was only around 3-10 percent THC, nowadays THC averages around 15-20 percent THC. This Jimi Hendrix song though is also on other albums collections of his, but I think this album was a true release as a real album. I wasn’t alive back then, but Spotify says 1967.

“Foxey Lady” is a song so good it made number 153 of the top 500 greatest songs of all time according to Rolling Stone magazine. I added this song to the playlist in the blog this week also too since it’s valentine’s day this blog. Deep drum kits and groovy guitar riffs give off a Black Sabbath vibe also. I have mentioned that twice in this review, but I view that as Mumford & Songs sounding like Of Monsters And Men in 2013 or 2014. 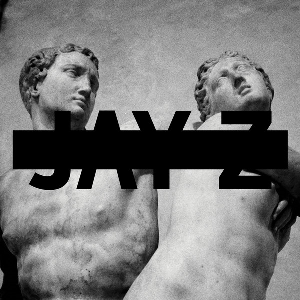 I own this vinyl album also and it came with a bonus track you had to take scissors or a knife to cut out and play the thick paper that had the bonus track on it. It was cool but sort of too much effort on Jay-Z’s part. This is one of my favorite albums of all time, I downloaded the app the night it was released back in 2013. This was when I was living in my Aunt Tonya’s apartment and wow was that weird time for me. But this album was getting lots and lots of plays back then, into when I moved to Saint Cloud, Minnesota. After Minnesota and moved back to Iowa, I bought the vinyl album once I started collecting albums. From my understanding of the history that took place on the hype for this album, it was only on the Samsung app, which there were 1 million apps? Sort of confused on how that went down because he wanted to sell a million on the first week or day, so he teamed up with Samsung, the phone company to release an app with the album on it. Not knowing me and lots of others been using the internet for decades now and getting music back then was really easy for me.

There were lots of all-star producers for this album and it is great because this album is amazing. As I typed in the first paragraph, I was into this album in different states, Iowa, Minnesota, then in Connecticut after I moved back here. First week sales for this album was 528,000 in week one, according to the wiki page and it was Jay-Z’s 13th consecutive number one album. Timbaland produced a lot of this album and that could be why it’s so good. Putting his drums onto anything just makes the song better.

The idea of using Timbaland for a whole album for Jay-Z was a great choice because the album slaps with bass. Compared to 4:44, a more conscience Jay-Z. MCHG has Timbaland slapping beats throughout the album and you can vibe to it. I love the cover and title of “4:44”, but the music I haven’t caught the vibe to yet. “Tom Ford”, amazing beat, simple slapping kicks with an awesome bass sound. “Heaven” off this album is Top 100 hip-hop songs of all time. Amazing sample on “Heaven” and the lyrics match the title and sample; just the whole vibe is really nice. The cover artwork for this album is really cool, simple, and plain but also with some style. I ended up painting on the vinyl bonus track and inserts from the album but still have the outside case and both vinyl for it.
“Somewhereinamerica” is one of the top songs on the album. The best line from the song is “When I was talking instant gram, that thing you wanted, was your picture snapped”. One thing Jay-Z did that always impressed me was that his debut album was on his own label.