“For three days, December 22nd, 23rd, 24th, the sun rises on the exact same latitudinal degree. This is the only time in the year that the sun actually stops its movement northward or southward in our sky. On the morning of December 25th, the Sun moves one degree northward beginning its annual journey back to us in the northern hemisphere, ultimately bringing our spring. Therefore, God’s Sun who was dead for three days moves one degree northward on December 25th and is symbolically born again!”; quote from Tom Collians on the winter solstice.

Around December 24th the star in the east, Sirius, aligns with the 3 stars of Orion’s belt, (the three kings), and these stars all point to the rise of the Sun on December 25th. This is why the 3 kings “follow” the star in the east in order to locate the sunrise, the birth of the Sun. The way the Sun disappears in the December sky giving us shorter days symbolizes the “death of the sun”, and then from December 22nd until the 25th, the sun is in the Southern Cross constellation and rises again on the 25th of December giving us more sunshine and less darkness.

This year is having an astronomical event that is called the Jupiter & Saturn conjunction, some are calling it the Christmas star, which I think is odd. It’s Jupiter and Saturn, and it’s happening on the winter solstice on December 21st. I created the official astronomy thread at musicbanter.com so I am feeling the urge to type about the stars on this blog. This event is called a conjunction, and because Jupiter and Saturn will be so close, it may look like a big star, maybe that is why some Christians are calling it the “Christmas star”. It happened once in 2000 but this year the two planets will be the closest since 1226, so a long time. I don’t think I will be able to see it from where I am because of the trees.

China has a social credit score, a score determined on how good of a member of society you are. Visiting older relatives improves it or doing things good for society. It goes down if you simply do anything wrong the government decides they don’t like. It starts at 1000 points and either goes down or up, a bad score limits your freedom. China has the most in-depth surveillance system in the world also with cameras everywhere in order to keep track of the citizen's actions. Playing too many video games lowers your social score, and the max the score can go up to is 1300 points and the lowest is 600 points. I wonder if America will ever have something like this, because spreading rumors online also lowers the score, and we have all seen what “fake news” has done to America by splitting America into two different realities. Do you think America should adopt a social credit system? The government in China literally pays people, “information collectors”, to collect activities and monitor neighbors. All scores are public.

The video of the week this blog is worth a watch; maybe something you already knew but it’s from a popular documentary online. I first watched the documentary back in 2013 but it’s just now coming into a time where I have a blog now to share it. It’s about the sun in the sky, our only sun that brings light into the world.

“Man of the Moon III” by Kid Cudi is his 7th studio album, with 18 tracks and everyone is great. Producers on the album are Dot da Genius, Mike Dean, Plain Pat, Emile Haynie, and all the production for the album is awesome. The production is a blend of “Kids See Ghosts” & “Man on the Moon II” I think and it vibes well with the first listen. The album is split into 3 Acts, plus a third “Mr. Solo Dolo III” track that is nice. According to an interview about the album with hotnewhiphop.com, Cudi explained how he wasn’t trying to top the previous album but just create something timeless. The album is so good that I listened to the leaked version online and think every song is great, which is rare, especially with 18 tracks. “Elise’s Baby Boy” starts with a movie sample from “Stand By Me” and has a “House of the Rising Sun” by The Animals sample also and is probably the best song on the album. The three acts that split up the album are Act I: Return 2 Madness, Act II: The Rager, The Menace Act III: Heart of Rose Gold. “She Knows This” is a nice song, and it was easy picking 7 songs for the 7 song album I do since every track is great.
I am going to go ahead and label this album of the year also, never was I so excited to listen to every track from an album. Only other albums that came that close this year were Spillage Village’s “Spilligion” & the new Black Thought album. “Elise’s Baby Boy” lyrics are pretty deep, I somewhat relate to them also. Plus I think this album wasn’t manufactured music, it sometimes seems music artists have a date from the label to finish and sometimes sounds rushed or just like manufactured music. 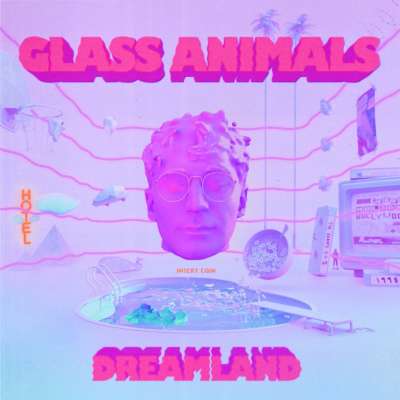 Glass Animals are a band from Oxford, England, they are sort of a genre-blending band. Dave Bayley of the band lived in the United States as a kid but moved overseas at age 13. The band is some pop, some rock but probably described best as Art-pop. I love a few songs off their other albums so when this album was released, I was excited to listen. “Heat Waves” was the first single released and it was really great, catchy, and tons of replay album. The album has skits and I hate skits but the songs on it make up for the skits. This album is their third studio album and the latest since their last album in 2016. The drummer Joe Seaward was in a cycling accident in Dublin, Ireland in 2018 and had to have brain surgery.
The album has a deluxe version on Spotify called “Bonus Levels” which is extremely cool because most just call deluxe albums “Deluxe albums”. It has three more songs but is just “stripped back” versions of three songs on the album. The album was mainly produced in full by Dave Bayley with some assistance from band's mentor Paul Epworth. During the typing of this actual review, the “Adolescence” EP of songs on this album was released. I’m not too sure why though.
“The idea of Dreamland is to go from my first memory up until now, through all the big realizations that happen in life. It's about the things that happened and the people that surrounded me in that time, good things, bad things, horrific things, funny things, confusing things, bits where I hated myself, bits where I hated other people, first loves, discovering sexuality, sadness, abandonment, mental health. It's just painting pictures of those moments and times that, looking back, make you who you are.”. That’s a quote from a press release that Dave Bayley said to describe the album, which is a really cool way to explain your artwork/music. The album cover art is also nice, has a vaporwave look that I like.